BY Amrit Vatsa /Amrit's work only, Picture-Story /No Comments

Note: the post title includes the words “Best wedding photographer – Hyd” only for the purpose of search engine optimization – the quality of our work is for you to rate and judge! 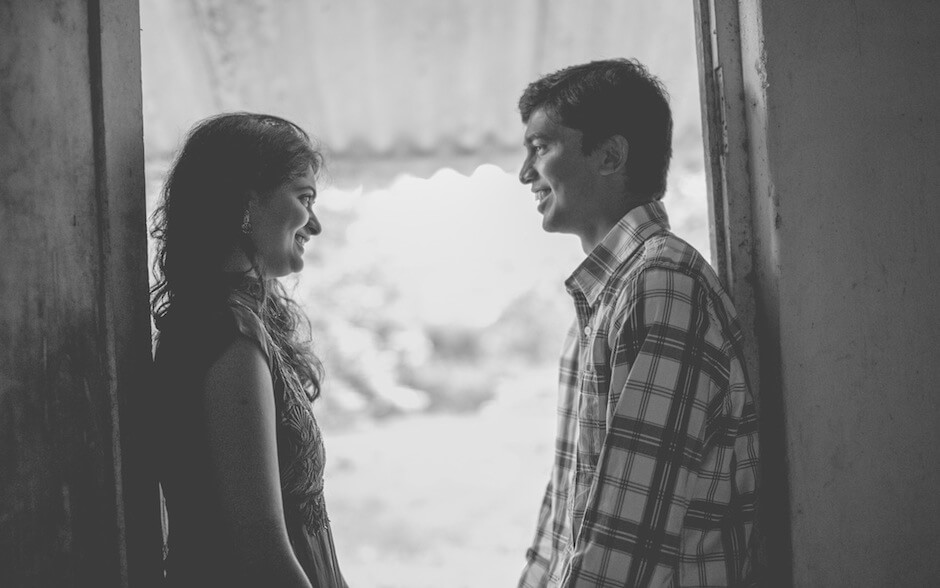 Girish & Thireesha make a lovely couple. Girish had called me up from Seattle to book me for both his wedding in Chennai and a follow-up reception in Hyd. He also wanted to have a couple shoot done either before the wedding or after it. Unfortunately I was already booked on his wedding date. He still went ahead and booked me!

The same day that the reception was planned in Hyd, I met them early morning at about seven. In Kondapur national park. The wedding in Chennai had gone well and they were a married couple now. However, one day of being someone’s wife doesn’t take away shyness from you, especially when you have not had the chance to be very close to your spouse since very long. Almost similar had been the case during my last couple shoot in Nagpur but more of that some other time.

I usually ask the couples I am shooting to take up a position in a way that way would naturally do, had they been hanging out without me around. And then talk to each other. And talk only about romantic stuff, else if they talk about serious things, they will look serious and that will show on their faces (which is not what they want to take away after the 2-3 hours spent with me). In fact I recommend talking just with the eyes. The kind of talking where you don’t really have to speak. And then I tell them two three things they will do by default if they are conscious / shy.

Well, they ended up doing both 1 & 2 and at least for the first one hour, I tried to be at least 200 meters away from them to make them feel at ease. This shoot was challenging but then it was a game of patience. Cracking jokes regularly, giving them things to do, coming up with story-boards on the spot, all helped me in somehow capturing the chemistry that has definitely started to grow between these guys, and I am sure will grow stronger as the days pass by. Hope you like the work shared here. 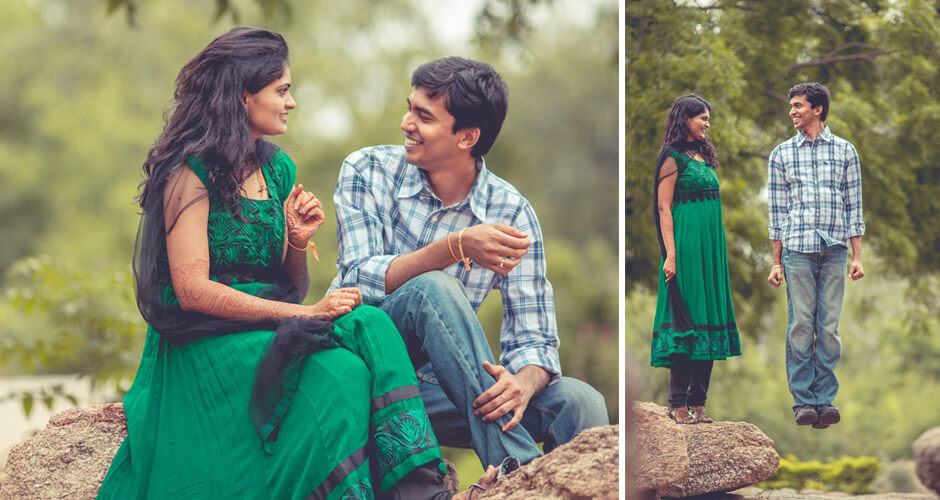 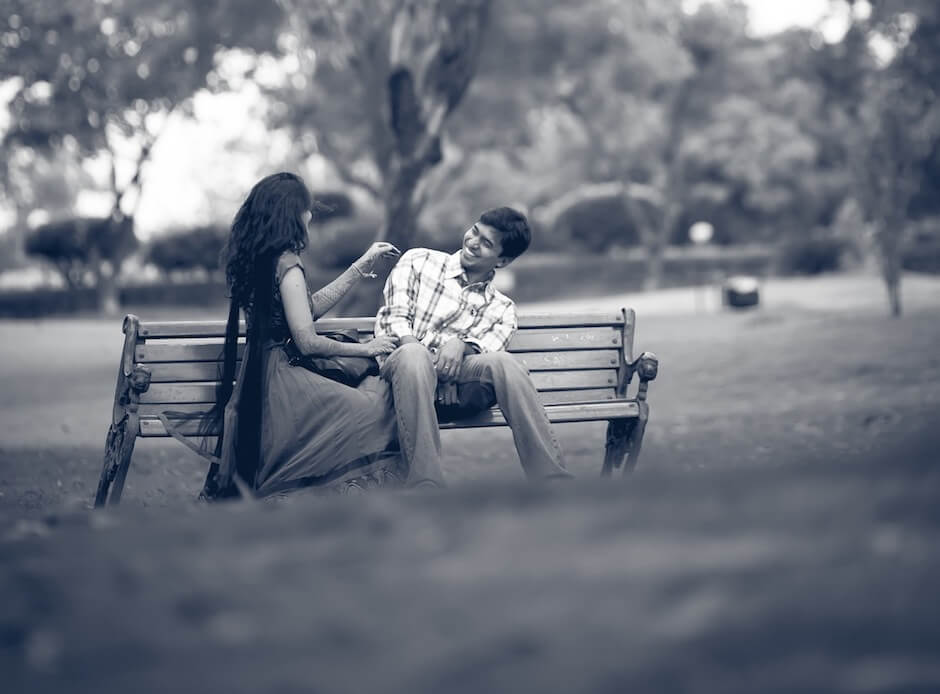 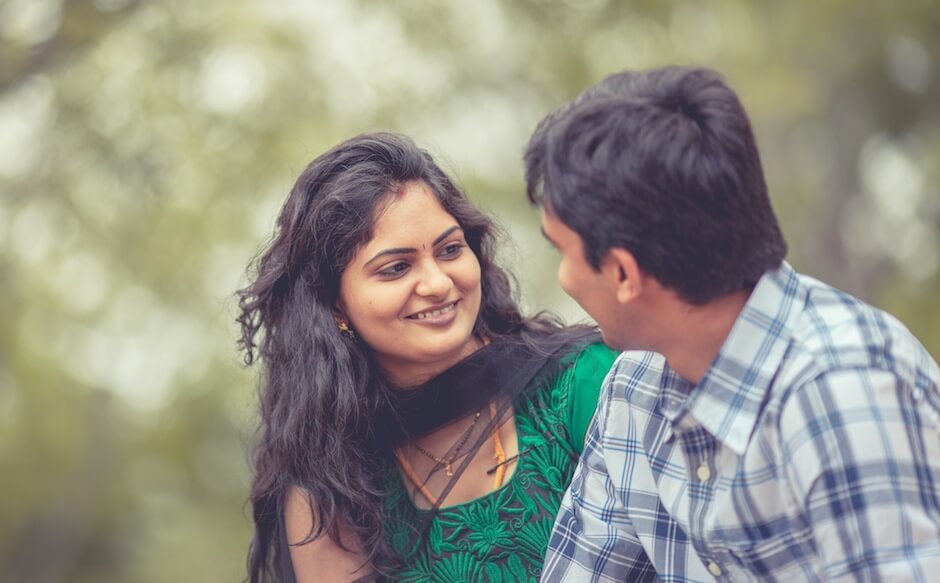 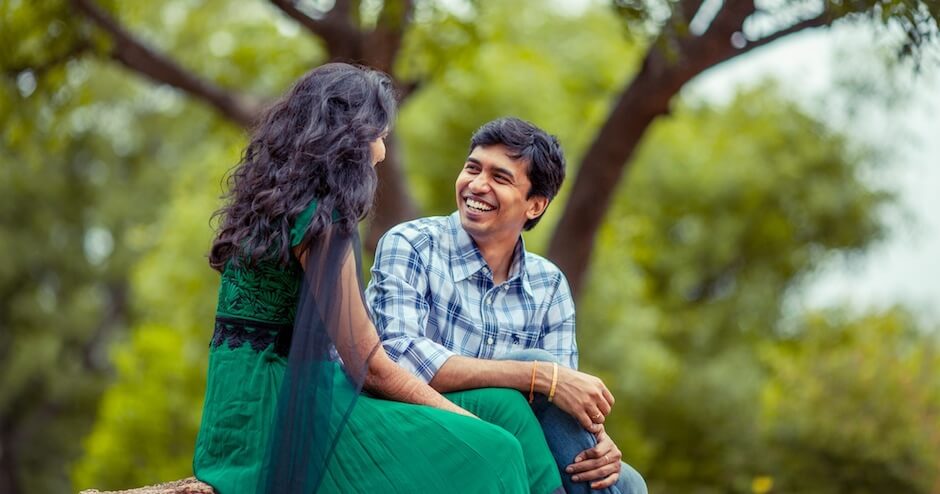 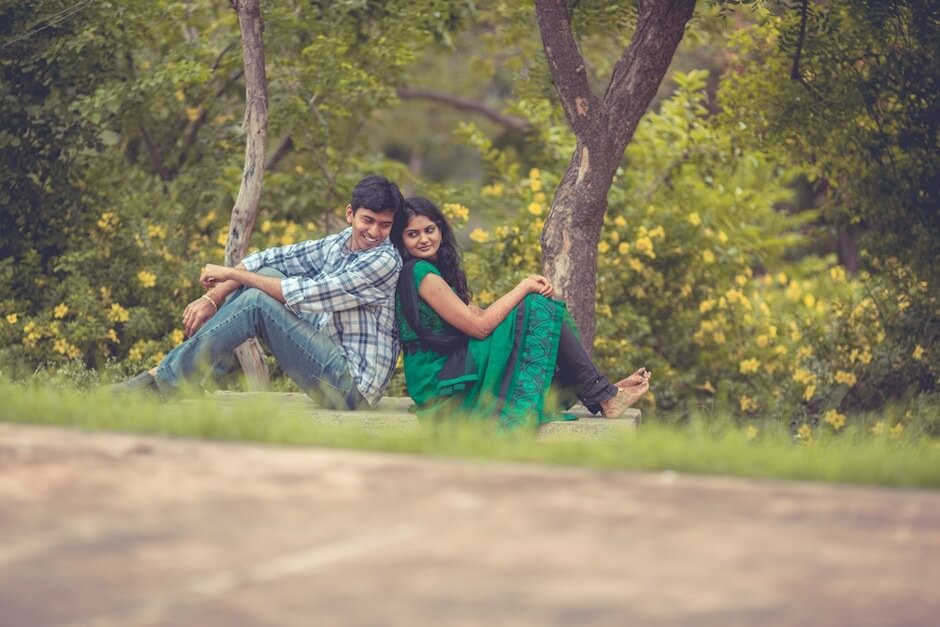 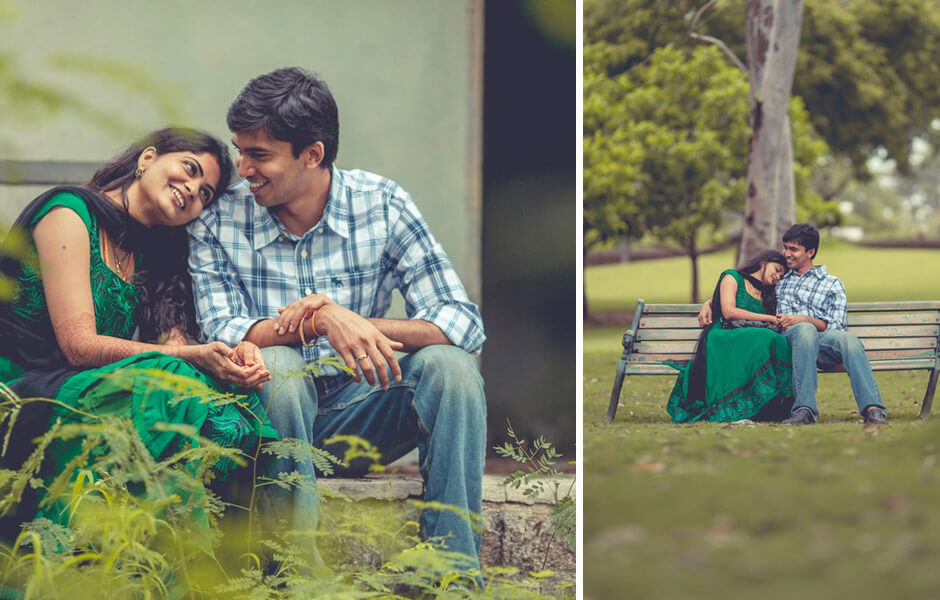 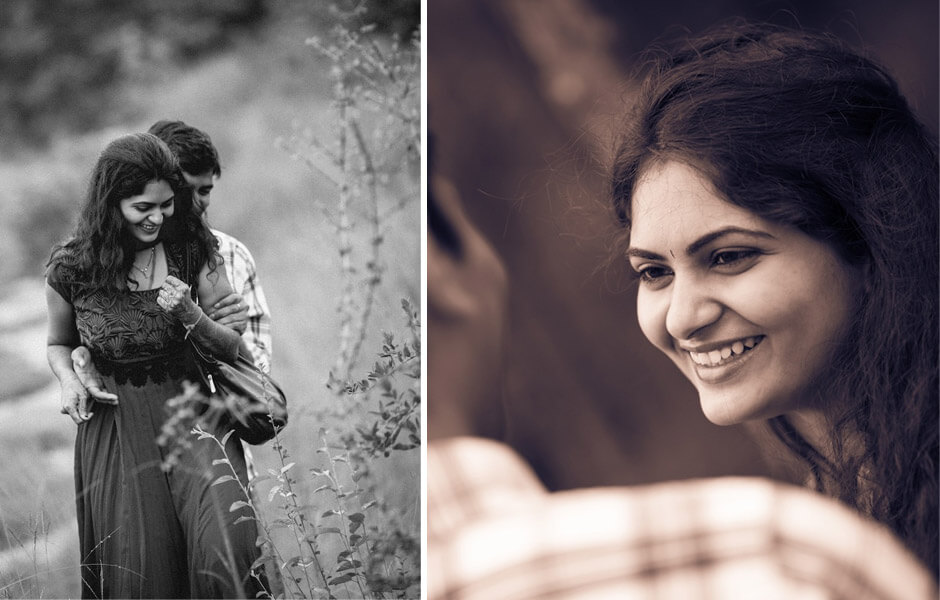 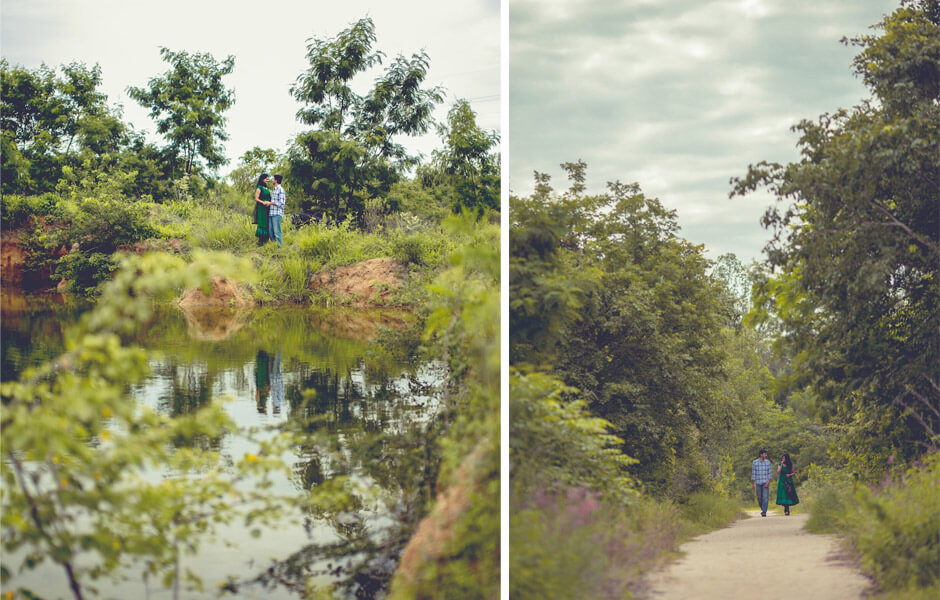 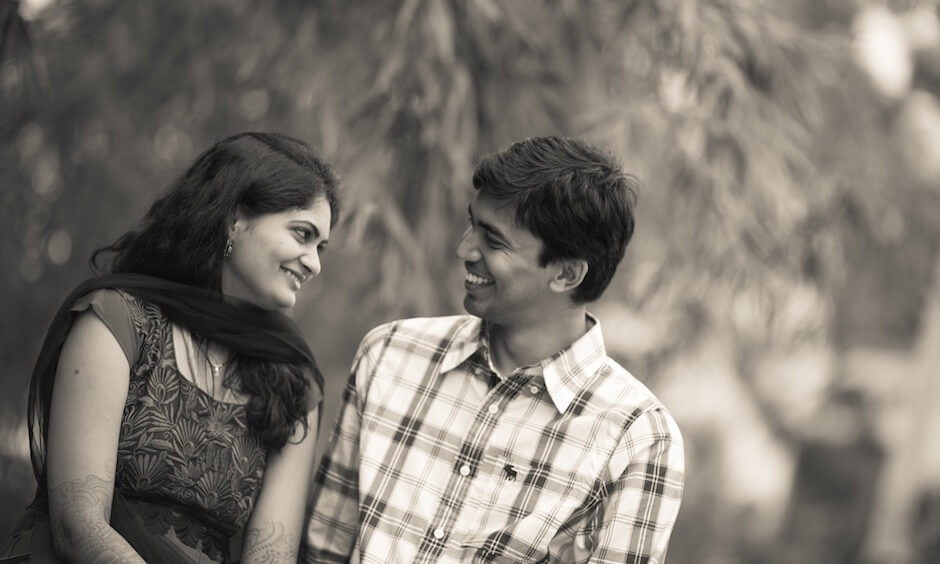 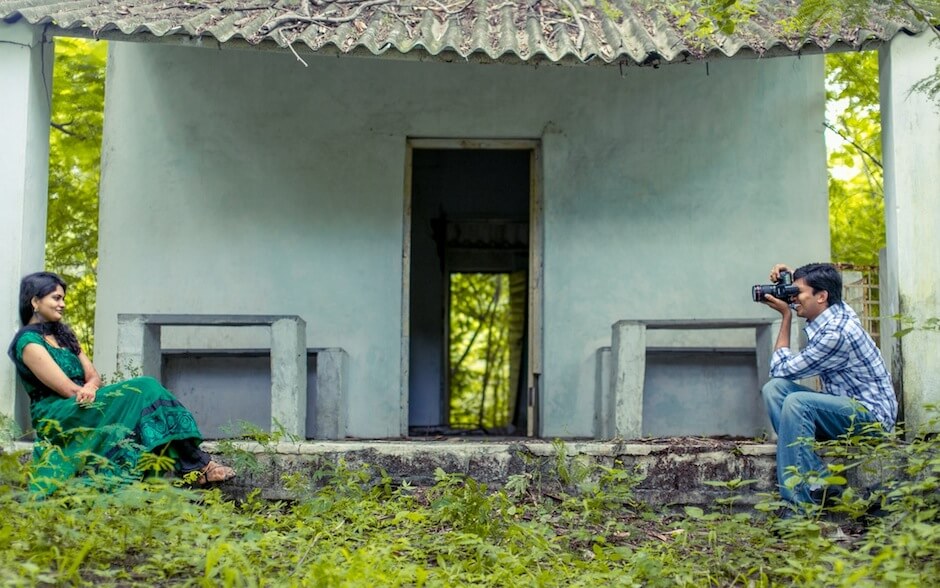 We took a full inside circle of the park, shooting whenever I found a spot that brought variety. And that was like a 4 km long walk over three hours. We all were pretty exhausted by the end of it.

Girish had done me a great favour by carrying for me certain camera accessories from Seattle (that I had gotten shipped from Amazaon to his address). So I decided to do something special for him from my end as well. I processed all their couple shoot pics the same day and handed it to them when I met them for the reception in the evening. He is now back to Seattle and wish this couple a happy married life and best wishes for the future!