And the experiment with lenses goes on…

This post is a follow-up post to my earlier one on a related topic – Best Gear for wedding photography in India. To summarize what I had tried saying in that post (about four months ago):

To begin with, I did buy a Sigma 35mm f1.4. And not just like that. Shooting with 50 f1.4 made me realize that 24 was too unnecessarily wide to be used all the time in weddings. However, the sharpness of points in focus from a 24mm was much better than that from 50mm. And no 50mm is known to match the sharpness of 24 f1.4 LII (if you think about it 24 comes for about 1.4 lakh while the 50 f1.4 was less than 40k). So I wanted to explore the 35mm focal length. Every damn review told me that Sigma gave better results than the costlier Canon 35mm f1.4 L and so I bought it. And I loved it. And I am still in love with it. Finally after having experimented with a 24-70 f2.8 LII (rented), a 16-35 f2.8 L II, a 24mm f1.4 LII and 50mm (just wide on full-frame), I can safely say that for weddings, 35mm is the most ideal focal length for a wide angle shot. The distortion compared to a 16-35 at 35 end is relatively lesser, the bokeh is awesome, the focussing is fast and the sharpness of the points in focus is as good as it was for 24mm f1.4. The lens was not cheap at around 80k but it was every bit worth it.

Another new lens that I bought was Sigma 85mm f1.4. Sometimes you want to take close-up pictures of people during a wedding. 135mm gives amazing results obviously. However, once in a while, there is not enough space to stand far away and click pictures (which is needed if you are shooting with 135). So far, I had been managing with 50mm f1.4 for such shots – however, I knew those pictures were simply not as sharp as they were with 135. And once again, no great 50mm exists anyway. So I decided to have a good 85mm with me which could help me with such shots. Canon has only two 85mms – f/1.2 which comes for over 1 lakh and 85mm f/1.8 which is around 30k I guess. Sigma 85mm f/1.4 was around 65k and most reviews told me it was way better than canon f/1.8 and was even sharper than f/1.2 and definitely focussed faster than it. I had once used a 85mm f1.2 in a wedding (for a short while). I remembered it to be very heavy (given that it looks so small) and focused slowly. Since then I had never much showed much interest in that lens. It’s not a great idea to be shooting a wedding with a lens that takes time to auto-focus. So I bought the Sigma 85 f/1.4 and guess what happened the first day when I got to use it? Someone stole my camera bag which had my 135 (and 16-35 and a gopro with all its accessories and Ankit’s 550d with a 50mm f1.8 lens).

Only last week I finally bought another 135mm. For the past two months, the only telephoto I had was my Sigma 85mm f1.4. Does it do as good a job as 135 f2? I think yes. Sometimes when I look at the pictures, I can’t even tell they were taken from 85mm – they almost look like they were clicked by my 135. Even the bokeh is almost similar looking. But I did have a problem. And it had nothing to do with picture quality.

When shooting with 85 on a full frame, you still need to get slightly close to your subjects if you want to shoot their faces or half body shots). And because I was so used to shooting from a distance, I found it very difficult to shoot in a lot of venues where people were spread out (like in lawns or big banquet halls). I love being invisible in weddings but with 85mm as the highest focal length with you, it’s pretty difficult. Though after two months of usage, I am more comfortable, I am still very glad that finally I have my 135mm back again.

Am I not happy with my Sigma 85mm f1.4? Of course I am. Just that lately I have been observing the subtle difference in bokeh (background blur) quality of pictures shot with 85 L and with Sigma 85 and I can easily say that I am getting very very attracted to the result of Canon L. I know it will not focus as fast as Sigma 85 does or the main subjects will look any sharper. But that background blurr, my God that’s just too good to be true. Yes, even better than 135. So I am thinking, but it costs a lot of money (not that Sigma was too cheap). And I have already bought another Gopro, so not much money to spend on another 85. I think I will rent it out a few times this year and if I am extremely convinced it works in all situations, I will probably have that with me this year. And then write another post and take the series ahead! :) 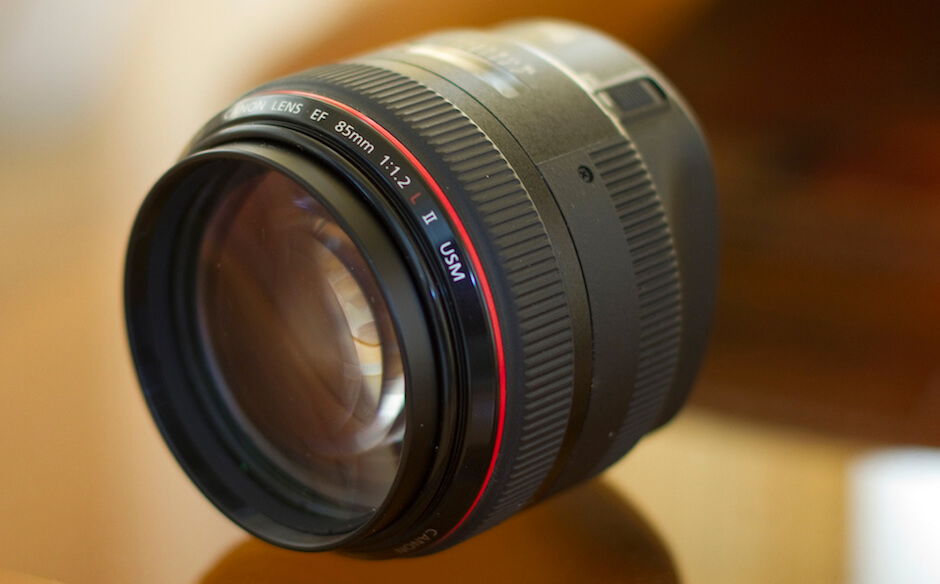