Every girl will feel like hugging her dad after watching this 6 min wedding documentary: The Bangalore Bride

BY Amrit Vatsa /wedding-film /No Comments

This is the story of a Kannadiga girl Charishma who fell in love with a Sikh boy Jeetesh. From their two day weekend wedding in Bangalore, we made a ~40 minute movie for the couple. But we liked their story so much that we decided to make a short version of it as well. Which is exactly what the above video is all about.

Charishma & Jeetesh worked in the same company in Bangalore. But they only knew of each other’s existence. They did not not really know each other personally or had interacted much with each other. Since some time, Jeetesh had been working out of Zurich for an offshore assignment. As luck would have it, even Charishma got a project in Zurich. It was only when she flew down to Zurich that they started hanging out together and got to know each other. And became great friends. Gradually, the friendship turned into love. And then Charishma had to return to Bangalore because her assignment concluded.

These were testing times. Because once she was back to Bangalore, her parents started arranging meetings for her, with potential husbands. She found it extremely difficult to break the news to her dad. More so because she knew that her dad was of the firm opinion that arranged marriage was the right approach. And here, she was not only in love, but that too with someone from a culture totally alien to that of her family. She was extremely confused and was totally unsure about whether to pursue her relationship with Jeetesh or not. The guys with whom meetings were arranged, she would just go ahead and meet them. And then later reject them. And this went on for a long time.

She had given up on pursuing relationship with Jeetesh who had now become just a best friend. At the same time, she was still not able to say yes to anyone else, for a marriage. It took a while for this internal confusion to clear up inside her head. But clear it did! Both Jeetesh and Charishma finally realized that, they could not just be friends. Charishma had to break the news to her dad. And with great difficulty, she eventually did.

As expected, her dad spoke against it. It took her months of convincing and pleading, and only with great help thrown in by her aunt in US and her brother in Bangalore, her dad finally mellowed down. And then slowly, after interacting with Jeetesh, he did realize that his daughter had probably made a right choice for herself.

We hope that the above short wedding documentary touches you. And to all those couples in love, especially across cultures, if you are wondering whether or not it is possible to convince your parents and respective families, well, if your love is strong and if you can overcome your internal confusions, everyone else will eventually come to support your love. Because, nothing in this world is bigger than true love! So we wish you all the very best!

You can also click on the picture below if you want to see some beautiful pictures from the pre-wedding shoot of Jeetesh & Charishma by Amrit. They were taken in and around Cubbon Park in Bangalore in Dec 2013. 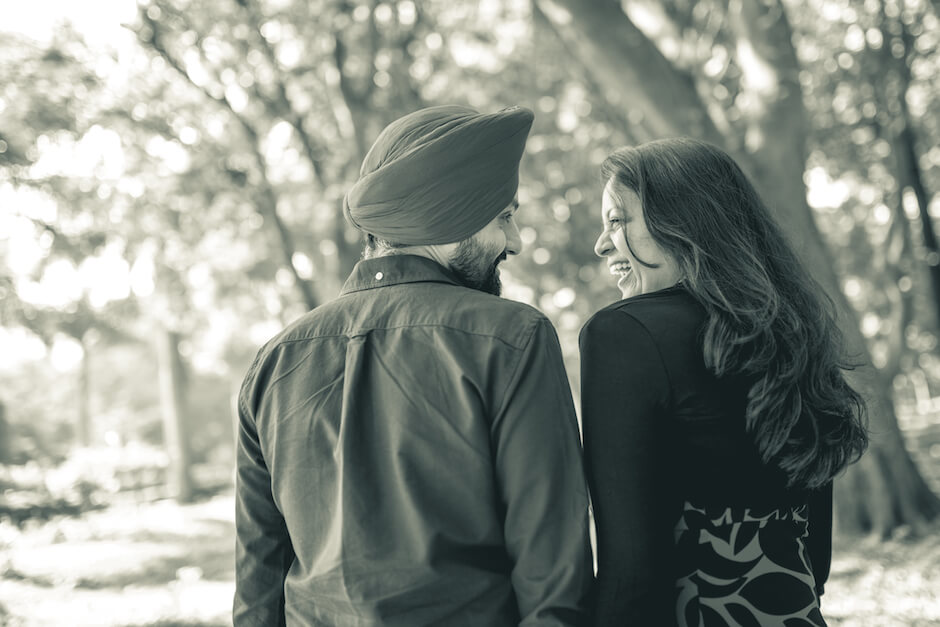