BY Amrit Vatsa /wedding-film /No Comments

My name is Amrit. I am a wedding photographer / cinematographer (and a documentary filmmaker). I live in Goa but shoot across India (without charging for travel). This wedding story is from Bangalore (Nov, 2016). ‘Wedding cinema Bangalore’ is a phrase used purely for the purpose of Search Engine Optimization (a necessary evil, if I want the Googling world out there to stumble upon my work). Please don’t mind?

Above is a 3 minute short version of the full wedding movie (~10 minutes). You can see more wedding movies by ShaadiGrapher here (and our pricing here).

I flew to Bangalore after wrapping up a shoot in Hyderabad while Ankit flew in directly from Mumbai (where he lives). We reached Bangalore pretty late in the night and by the time we reached the hotel where we were put up, it was almost like one or two in the morning. Sindhu, the bride was staying in the same hotel and to our surprise she was there herself to say hi to us and show us our room. We slept for the few hours that we had, and then walked down to the beautiful venue in the morning. 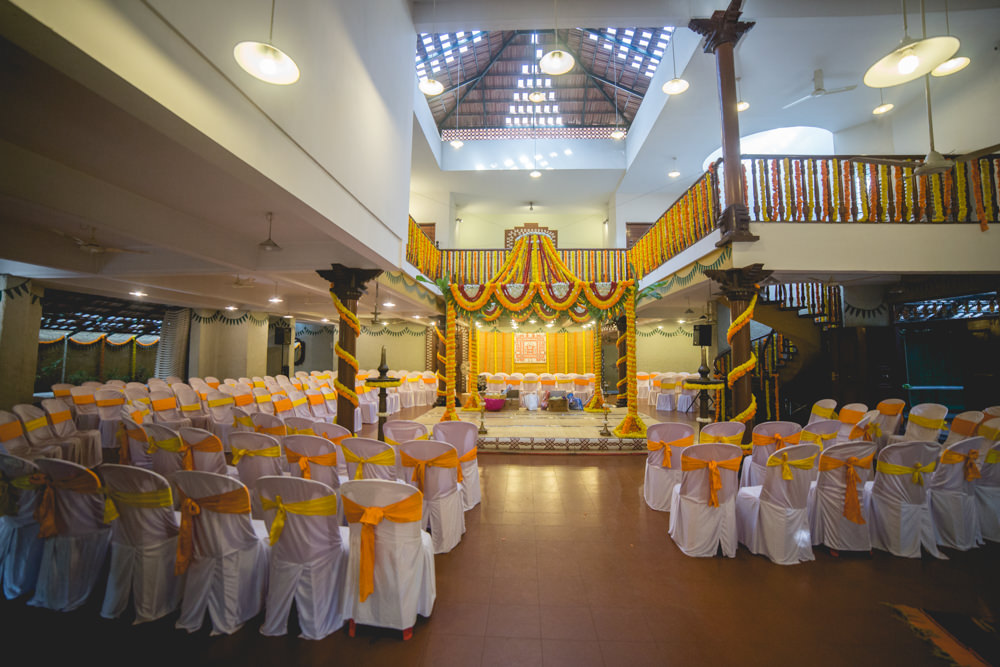 Between Ankit and myself, we split up candid photography and wedding-filming. Some times I take pictures and at other times I choose to be the cinematographer. For this wedding, I focused on making the wedding movie while Ankit chose to capture the candid images that you see in this picture story. 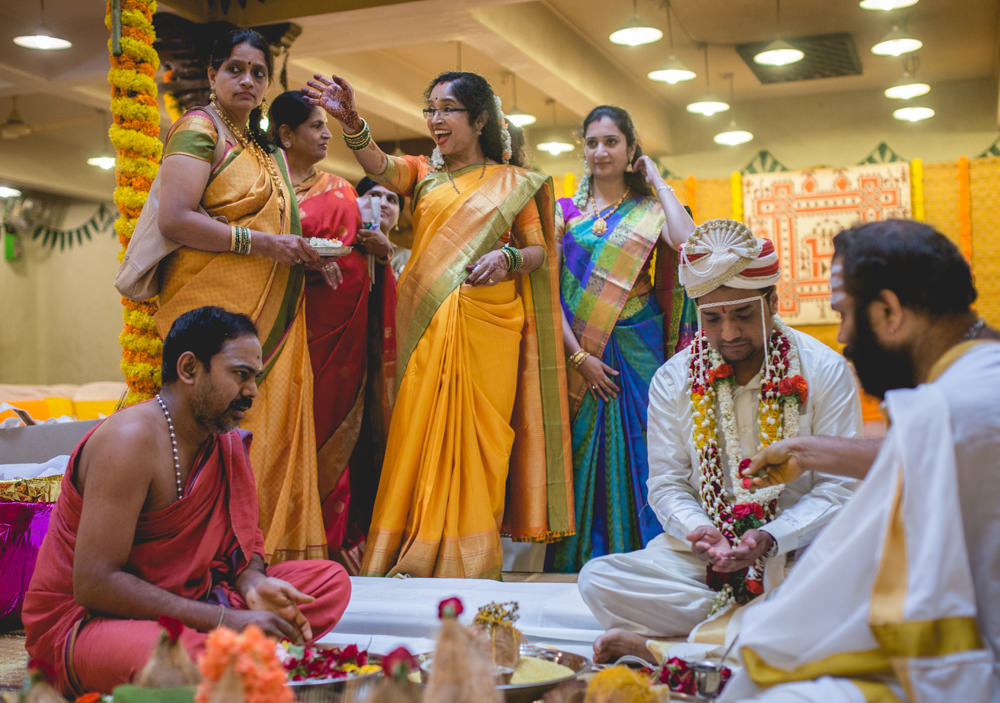 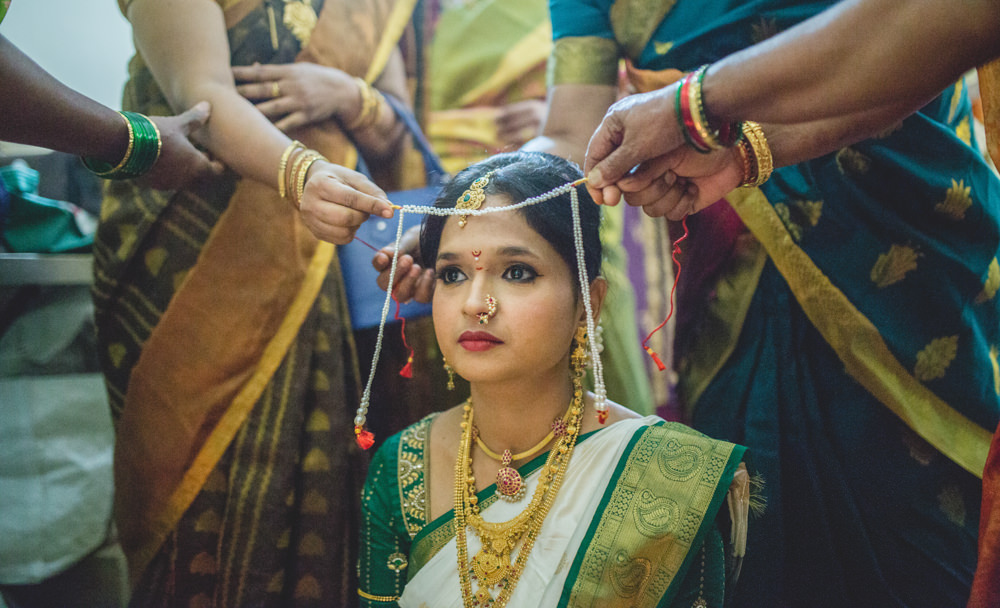 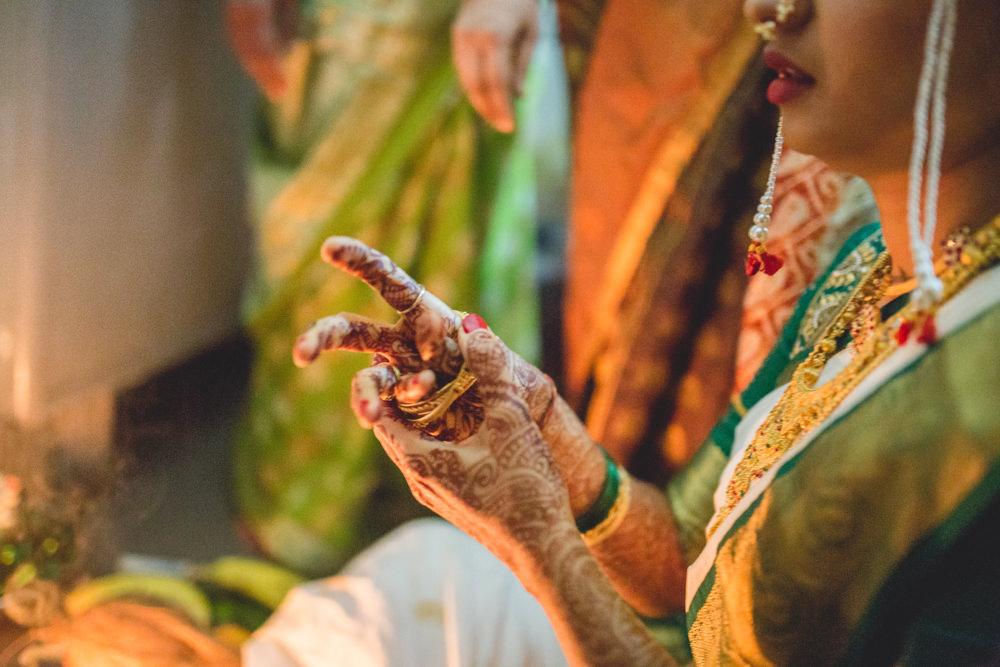 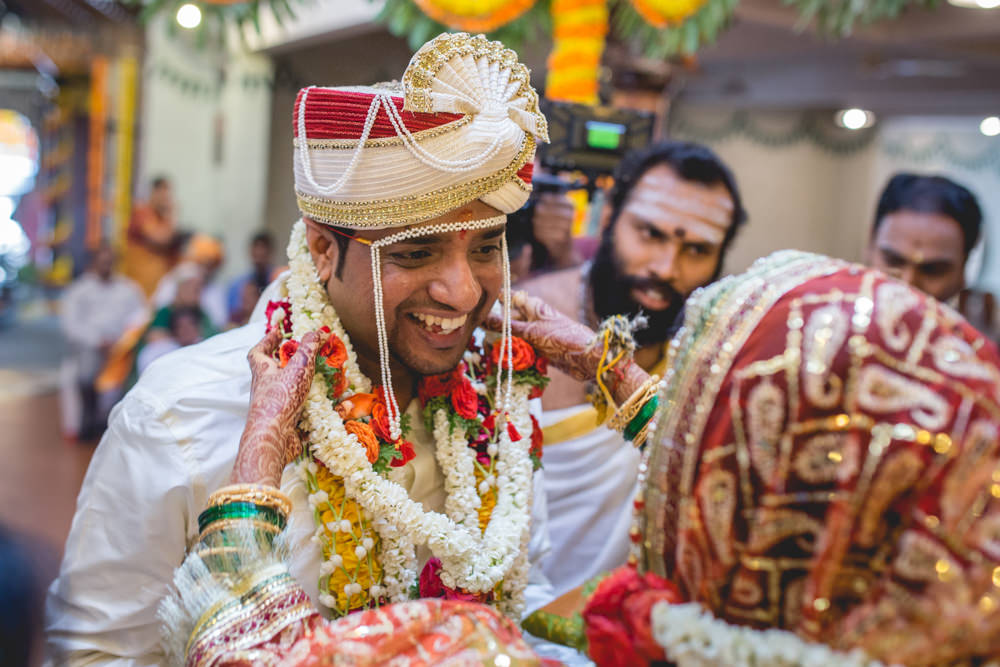 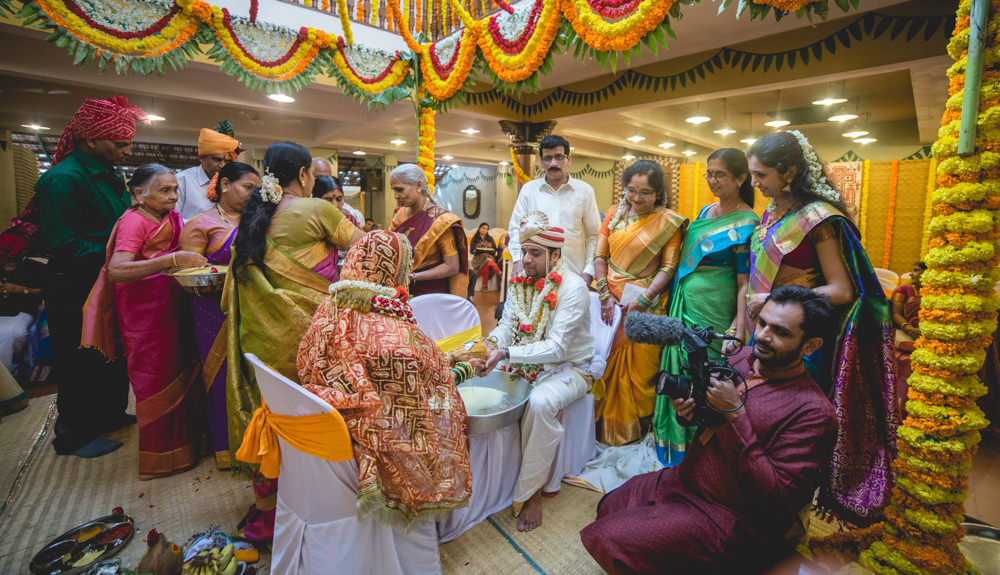 Oh by the way, in the above photograph, see the guy in kurta holding that camera with a big mic? That’s me! :) Other than Ankit and me, there was just one more camera guy in this wedding – a photographer for taking traditional and posed pictures. And even then, sometimes we did end up in each other’s frame. You can imagine then, how difficult it becomes to try out different angles and creative shots in those weddings where they end up having anywhere between 5 to 10 cameramen! When you book us, we advise you to minimize the number of professionals with camera – you will be surprised by the quality that you will achieve eventually! 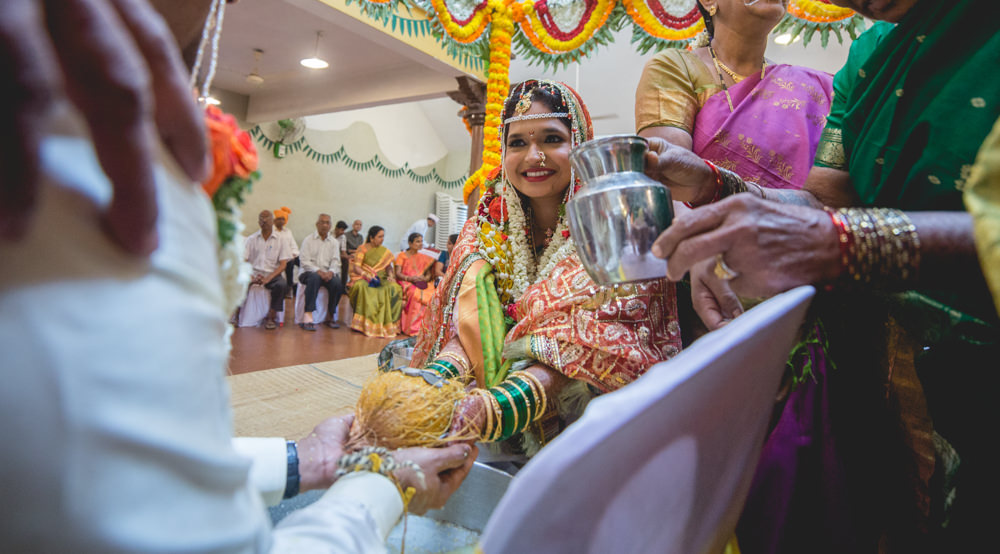 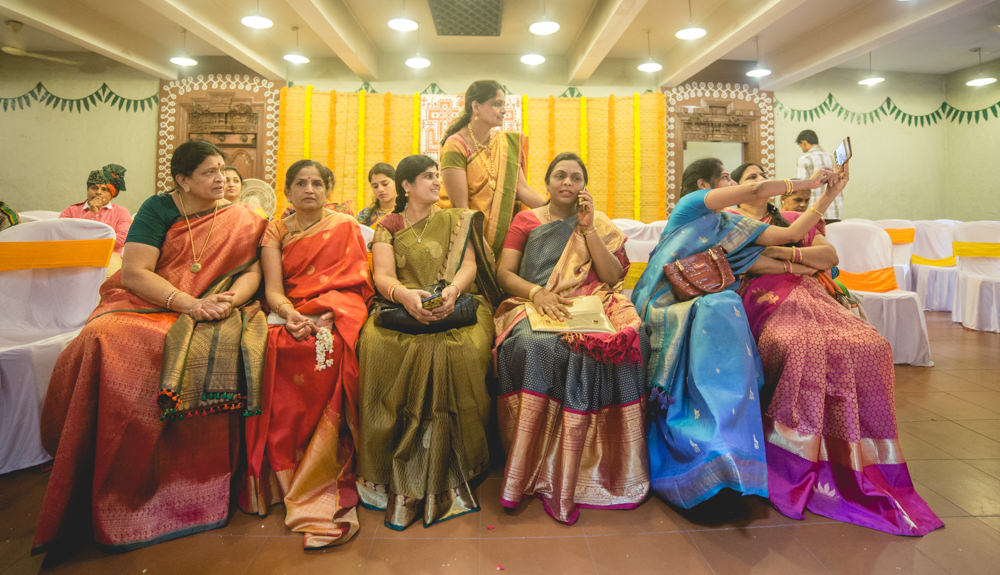 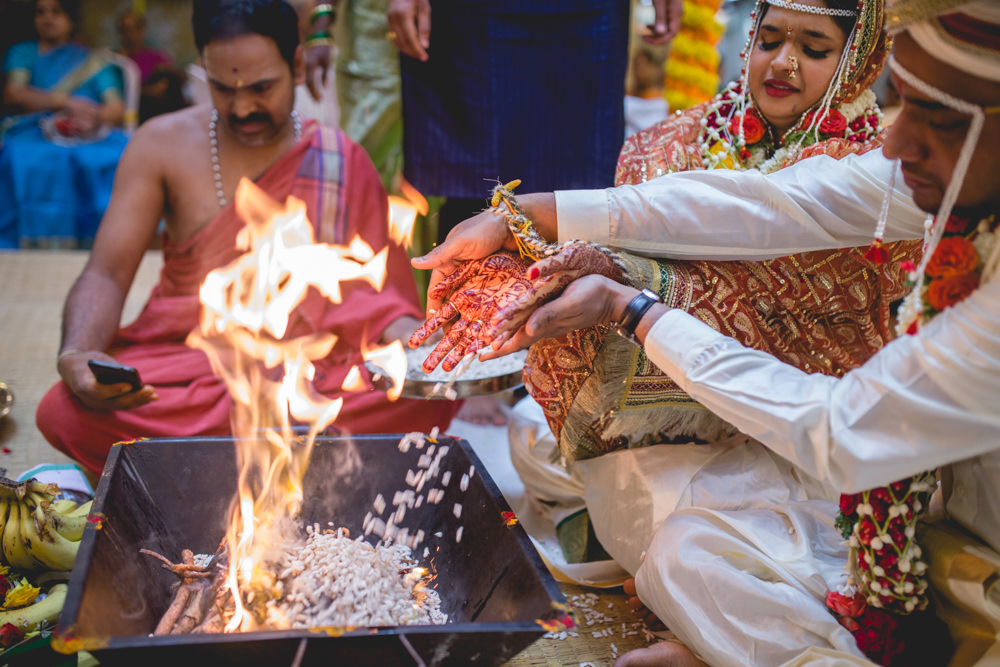 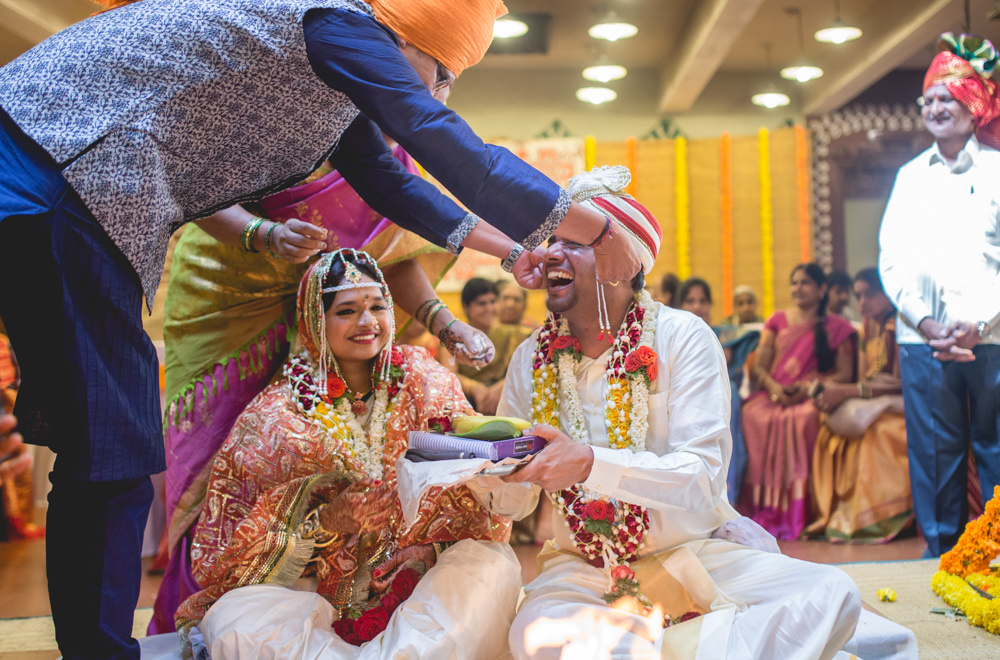 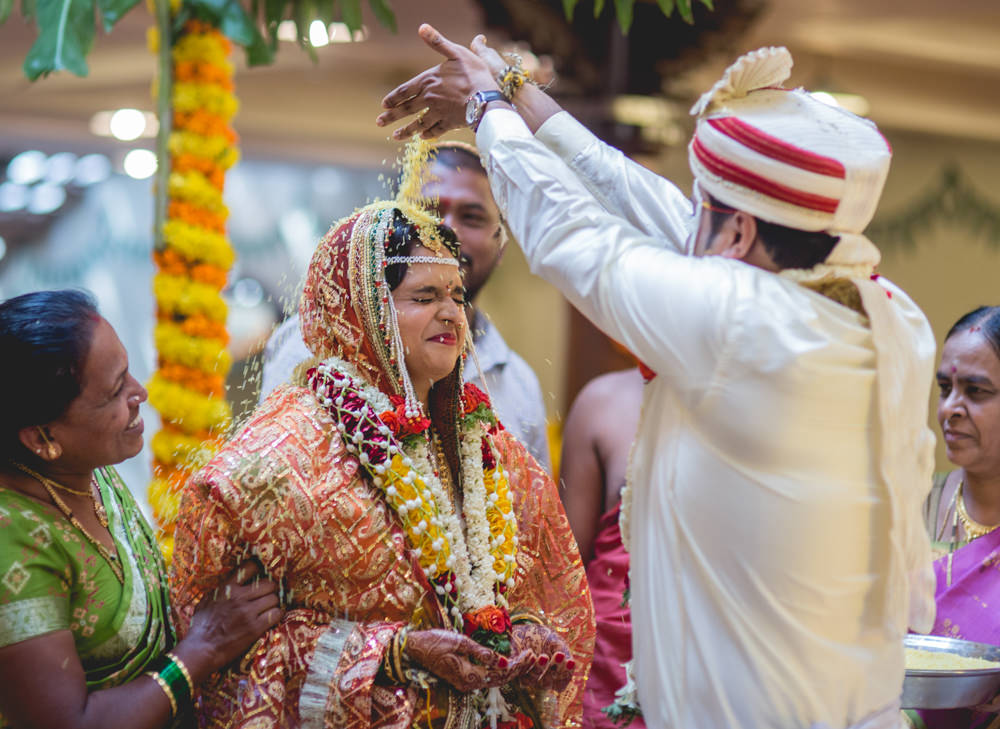 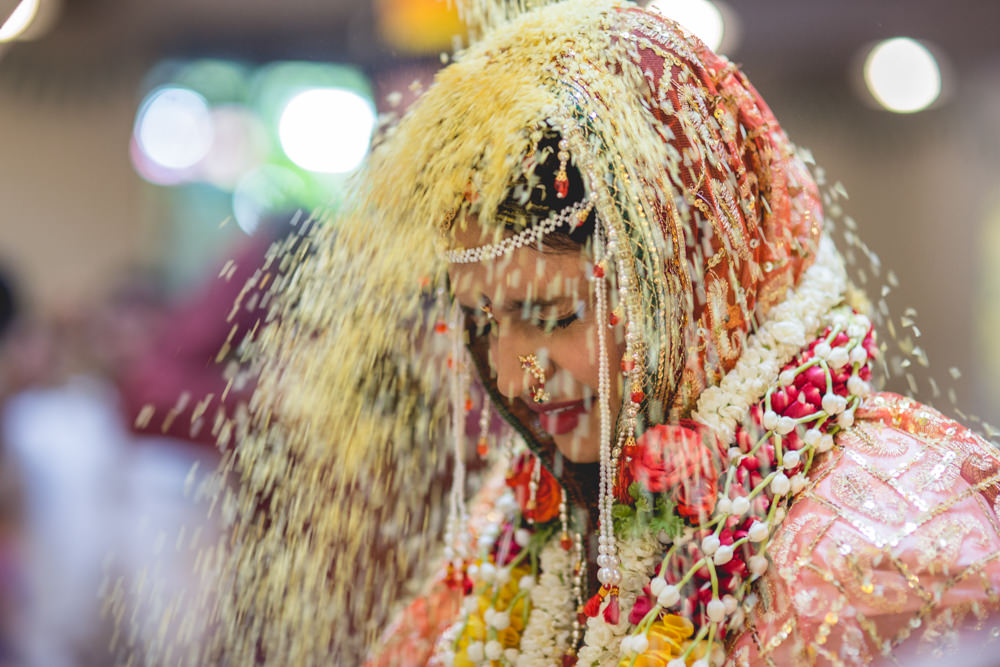 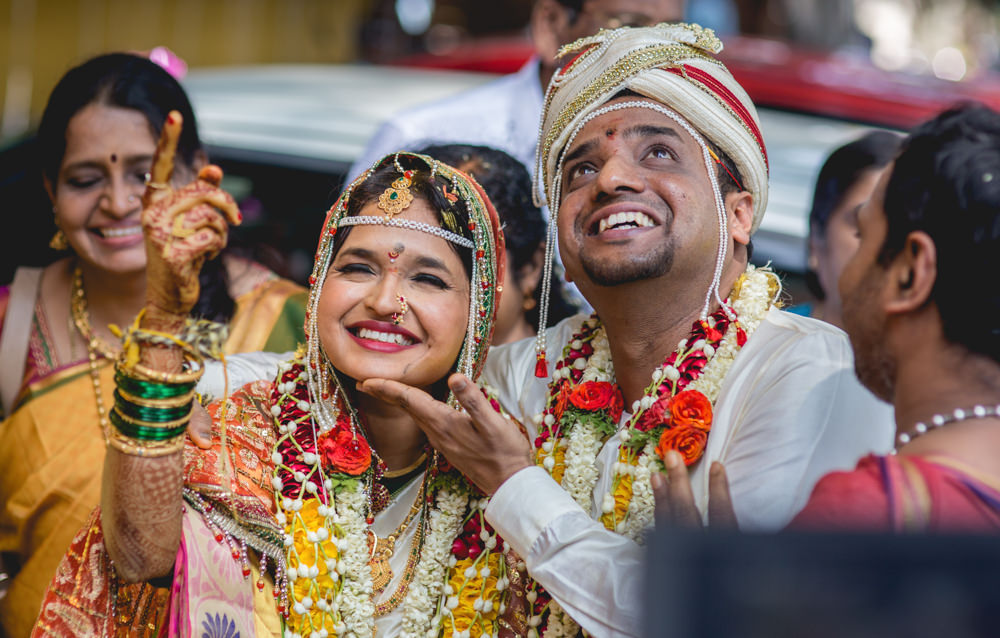 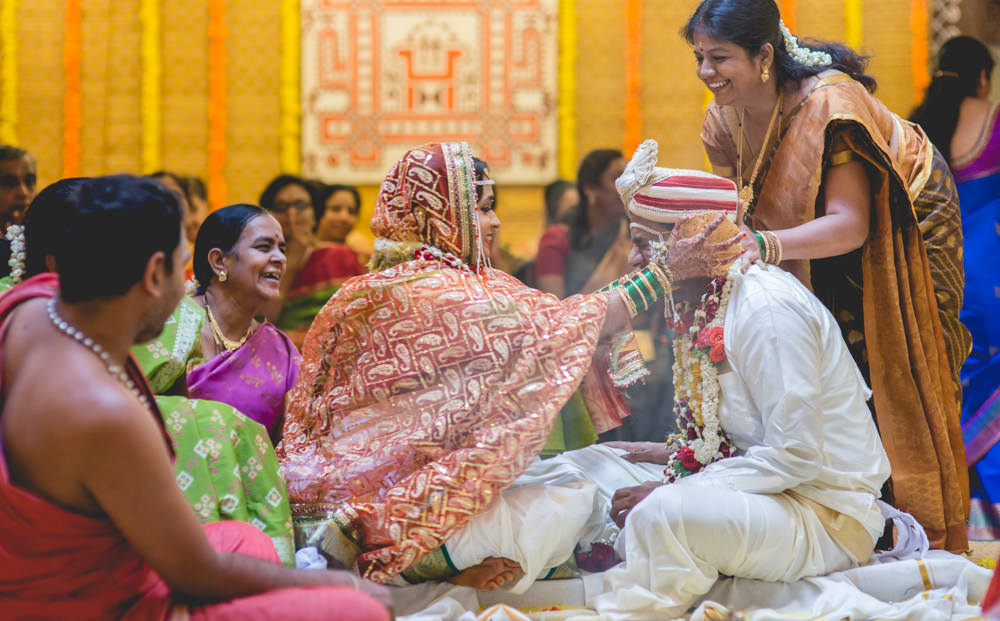 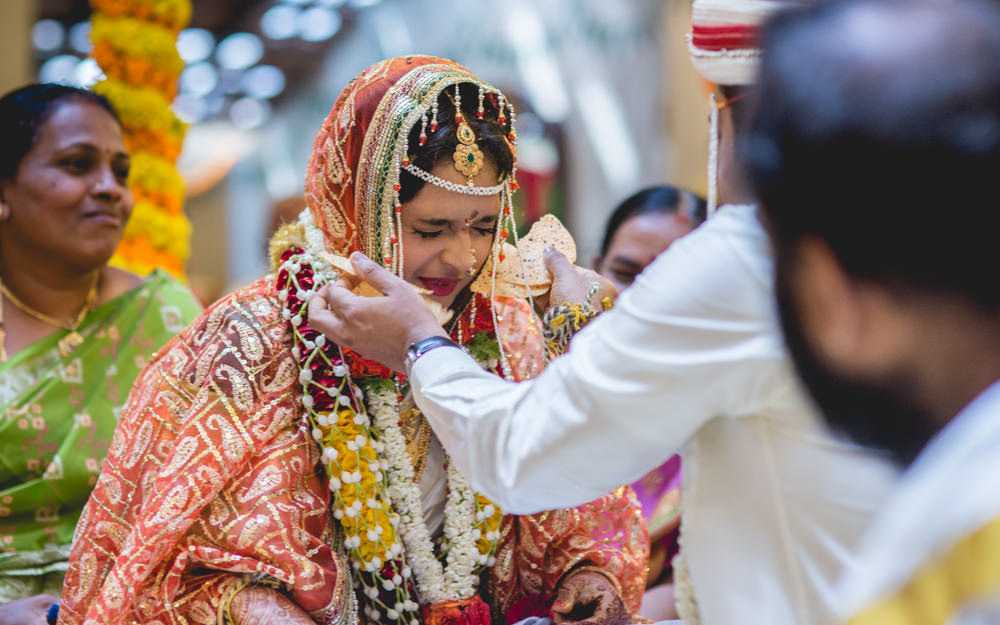 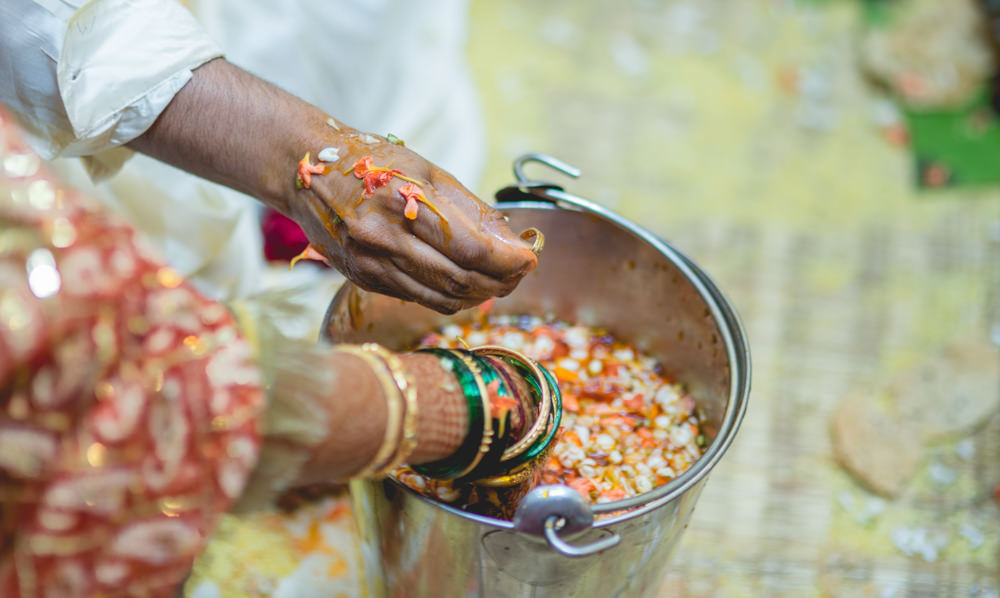 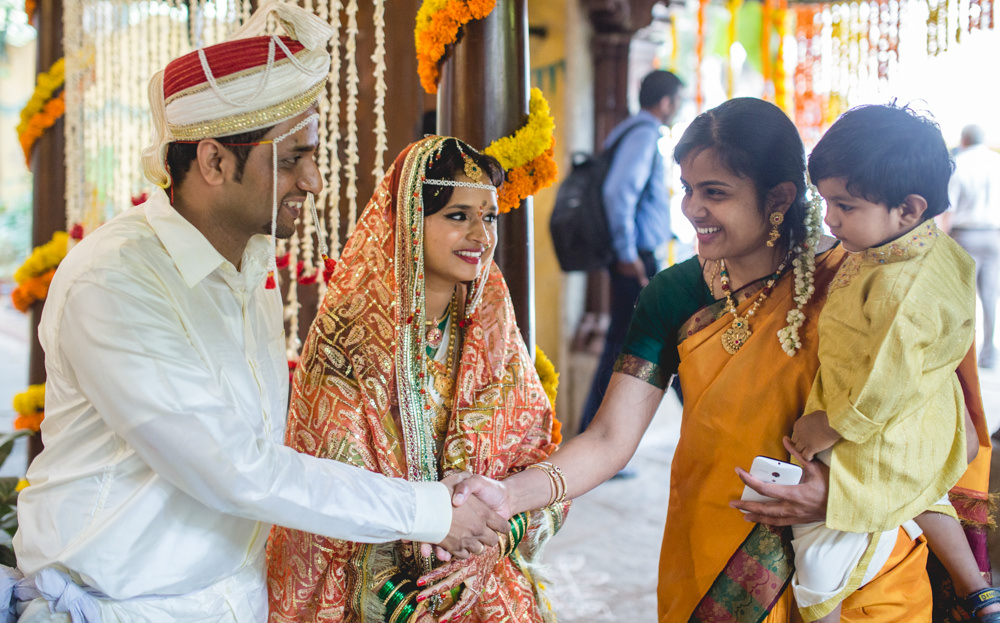 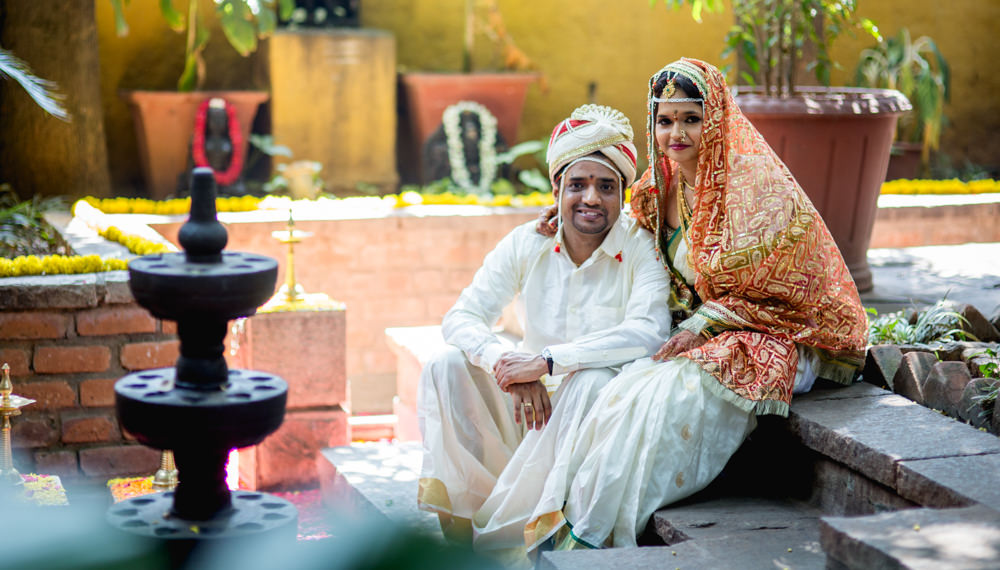 It was a pretty short and simple wedding and both Ankit and I wondered if we had managed to get enough good pictures / video-shots! Thankfully, we would find out later that we had indeed managed to capture some very good moments.

The wedding got over by lunch. We took the much needed nap in our hotel room and returned to the venue in the evening for the reception. 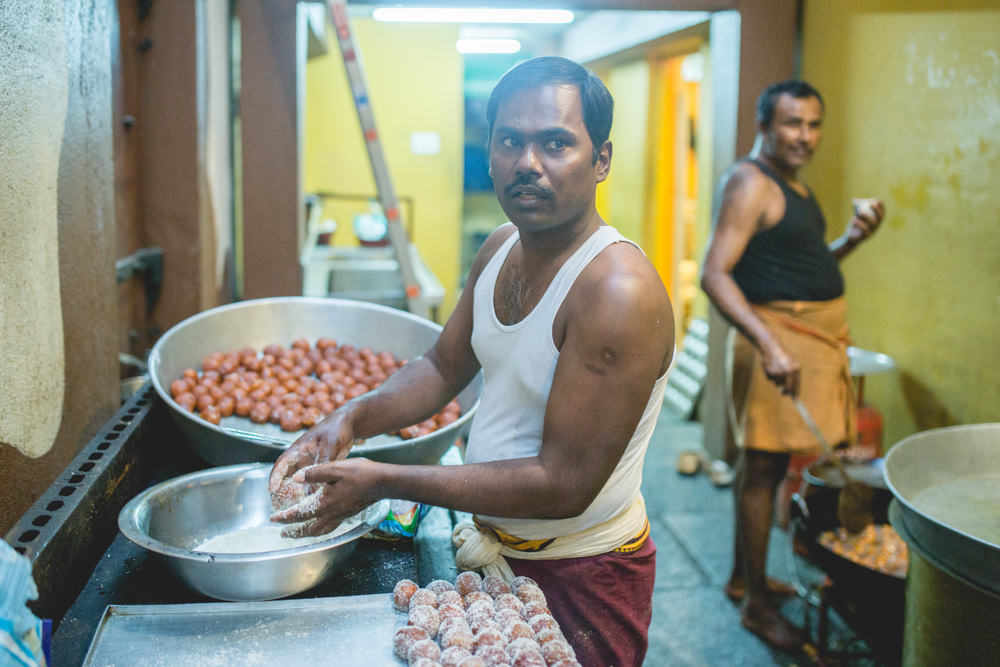 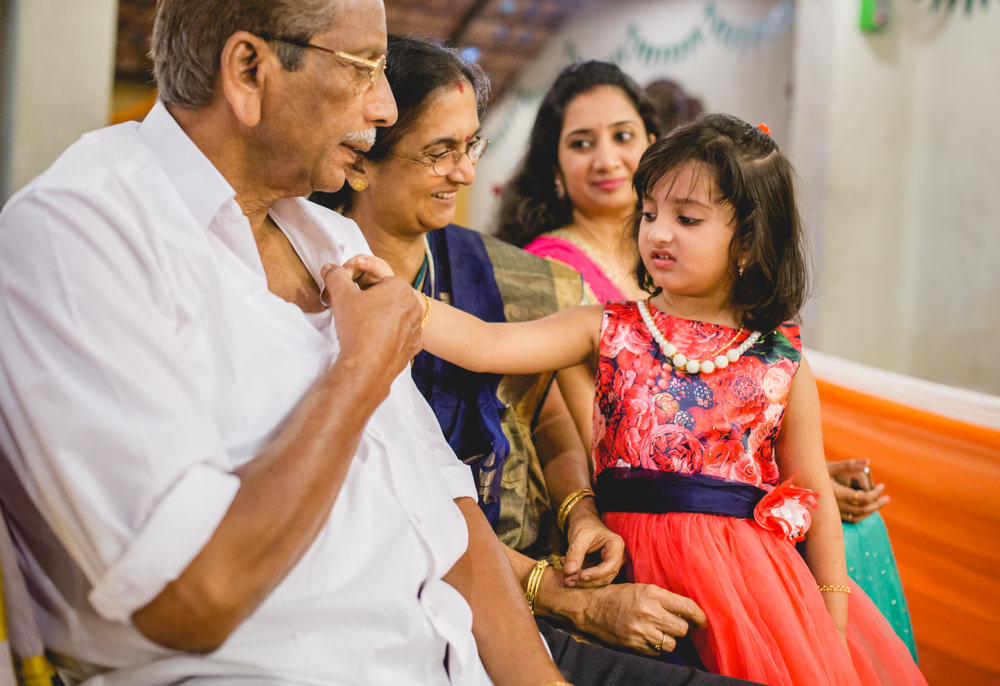 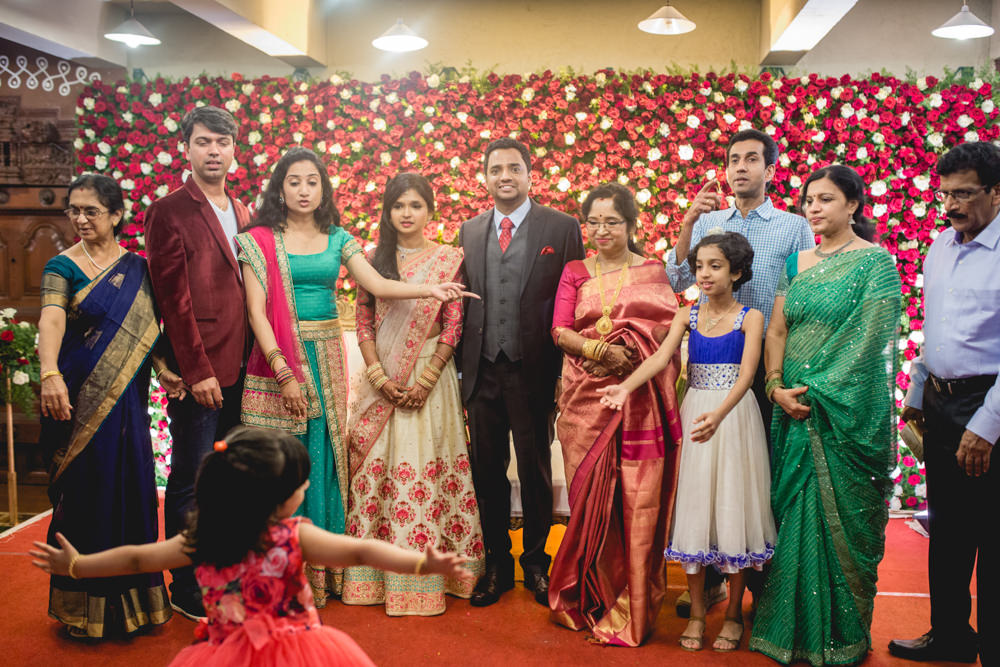 Although it is correct that the scope for taking candid pictures in a reception is kind of limited, if one tries hard enough, some success can definitely be achieved. I had written an entire article earlier (with photographs of course) on candid photography in a reception and if you want, you can read it here. Anyway, so Ankit tried hard enough and did manage to capture some interesting candid moments from the reception. The traditional photographer obviously did most of the work here, taking a posed photo of most of the guests with the couple. 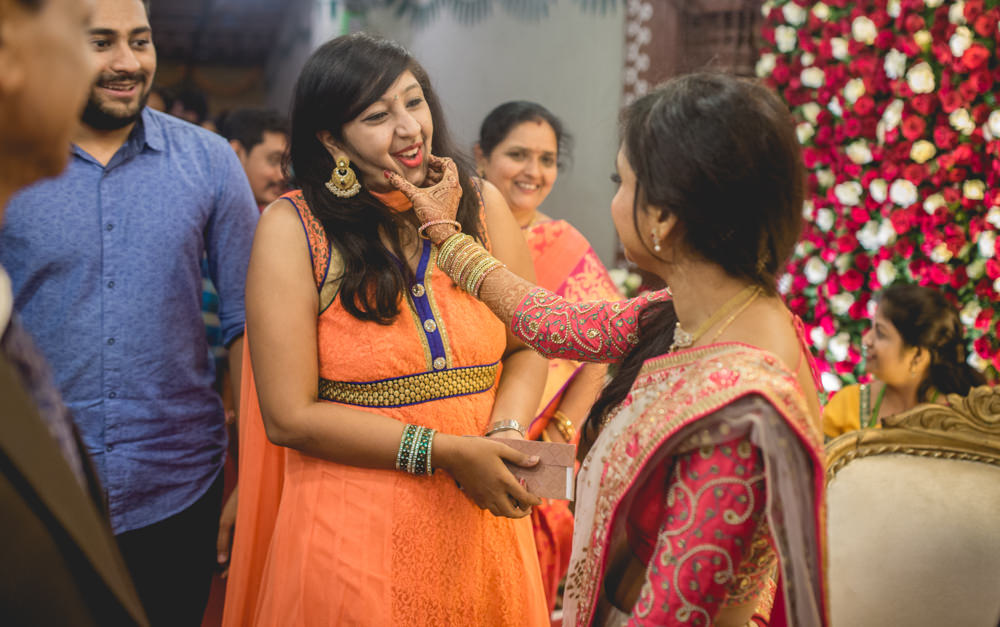 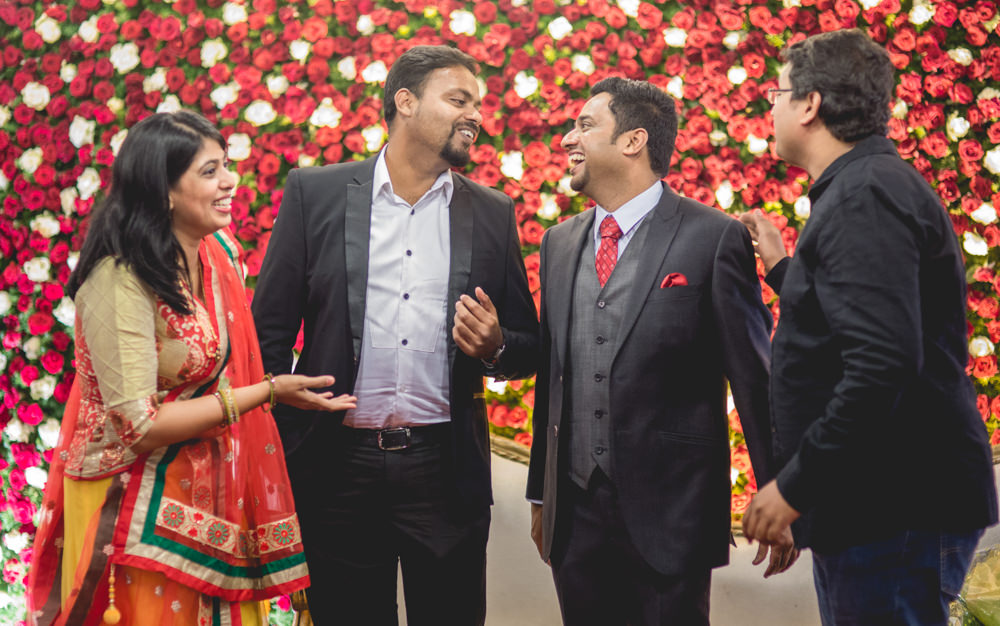 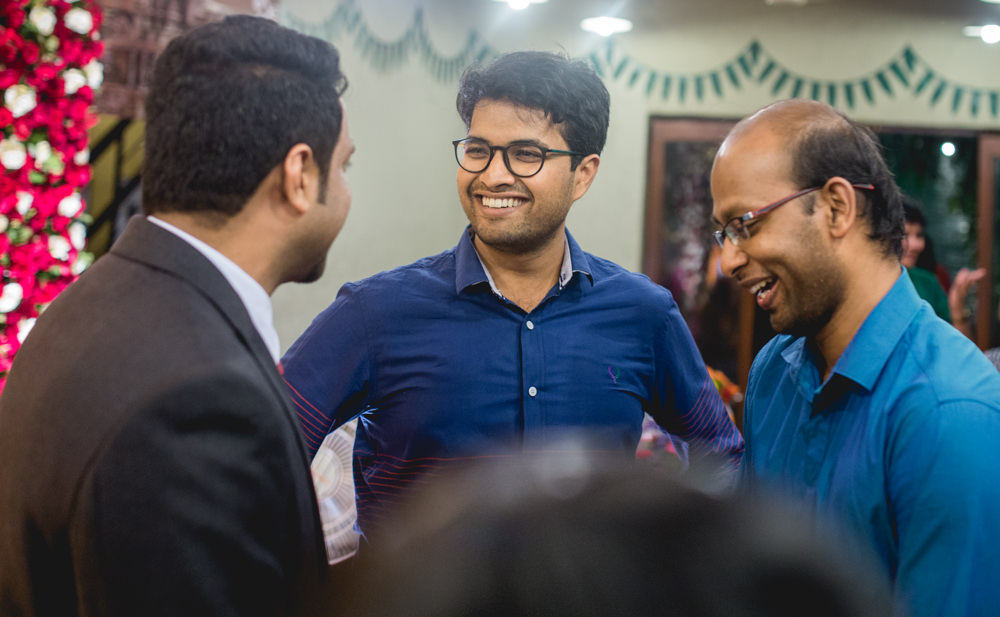 The guy in the centre in the picture above is a senior from IIT, who works with Vinay (the groom). He is the one who recommended us to Vinay. Thank you Thota! 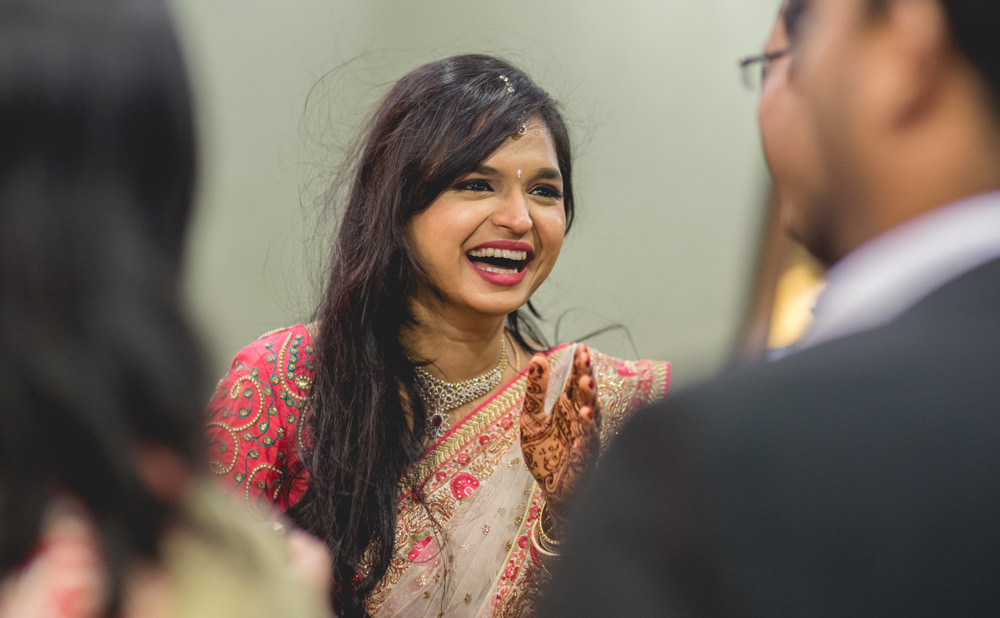 So yeah, that’s pretty much then end of the picture story. Hope you liked the images and the movie as well. We like to keep it real.

PS: You can see Ankit and me attending this wedding in my Vlog below (from 6th minute onwards). This was the time when demonetization had just been announced and it was a common theme of discussion wherever I went. The below Vlog will also tell you the kind of things that I do besides shooting at weddings!